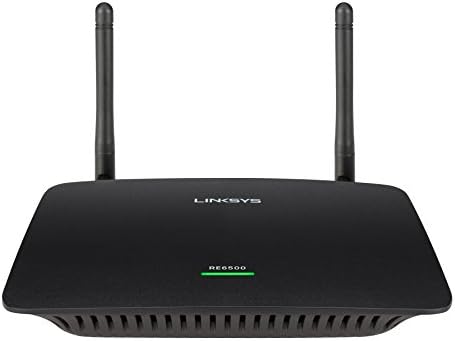 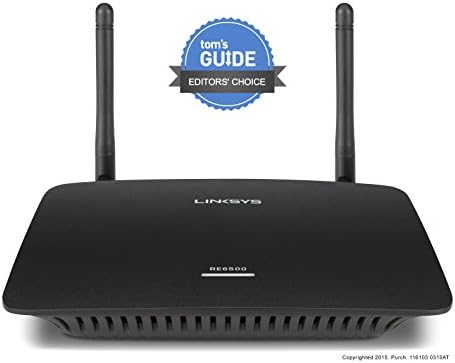 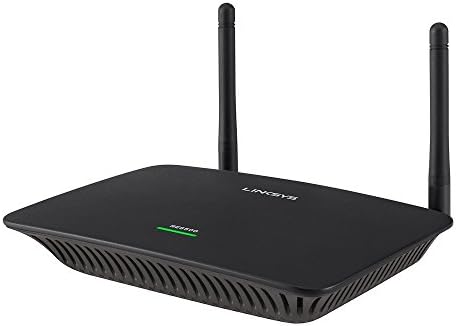 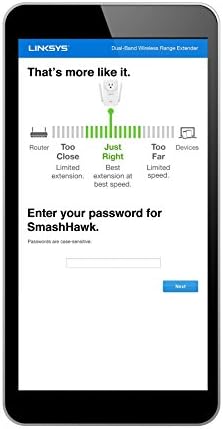 The RE6500 features wireless-AC technology for optimal throughput and is compatible with virtually any Wi-Fi router or gateway. Simply connect it to your current wireless network to enjoy Internet access on all your devices from anywhere in your home.

With the Linksys AC1200 MAX Wi-Fi Range Extender (RE6500), you can easily extend the range of your existing wireless router. Simply position the RE6500 in your home where you need connectivity or experience a weak signal—say, an upstairs bedroom or office or another remote area of your home such as an outdoor patio or deck. The RE6500 will repeat the signal from the router and redistribute it to reduce wireless dead spots.

Next Generation Wireless-AC for Max Performance

Featuring wireless-AC (802.11ac) technology, the RE6500 delivers speeds up to three times faster than wireless-N extenders, making it well suited for large homes with multiple devices and heavy online media usage. Dual wireless bands of 2.4 GHz and 5 GHz can deliver data transfer speeds of up to N300 Mbps + AC867 Mbps for seamless HD streaming without interruptions.

The RE6500 features simultaneous dual bands, which means it transmits at both the 2.4GHz and 5GHz frequencies at the same time. It extends 2.4 and 5GHz Wi-Fi up to N300 Mbps + AC867 Mbps and reduces interference. So no matter which band your wireless devices use, they’ll automatically connect to the best available band for the fastest possible performance.

With Crossband technology, the dual wireless bands can now receive information on one band and transmit on the other, reducing dropped data packets and delivering a stronger, more consistent signal throughout your home.

In addition to wireless connectivity, the RE6500 features four Gigabit Ethernet ports that are 10 times faster than traditional Fast Ethernet ports, allowing you to establish fast, secure wired connections to desktop or laptop computers or virtually any other Internet-enabled device. Placing the range extender on a desk near the device makes wired connections easy.

Along with Gigabit Ethernet ports, the RE6500 sports an audio jack on the back, which enables you to connect a stereo system or a speaker to the range extender and wirelessly stream music from your smartphone or laptop.

Security Support to Protect Your Data

Like other Linksys products, the RE6500 supports up to 128-bit encryption (WEP, WPA, and WPA2) and has a WPS (Wi-Fi Protected Setup) button, allowing you to establish a connection easily and securely with a wireless router or access point to keep your network and your data safe.

1. Connect the antennas and power cable.
2. Plug in the range extender midway between your router and the area without Wi-Fi.
3. Wait for a solid light on the cover of the range extender. Then, on a computer, phone, or tablet, connect to the Wi-Fi network “Linksys Extender Setup.”
4. Set up using the web browser (follow steps in Quick Installation Guide)

What’s in the Box