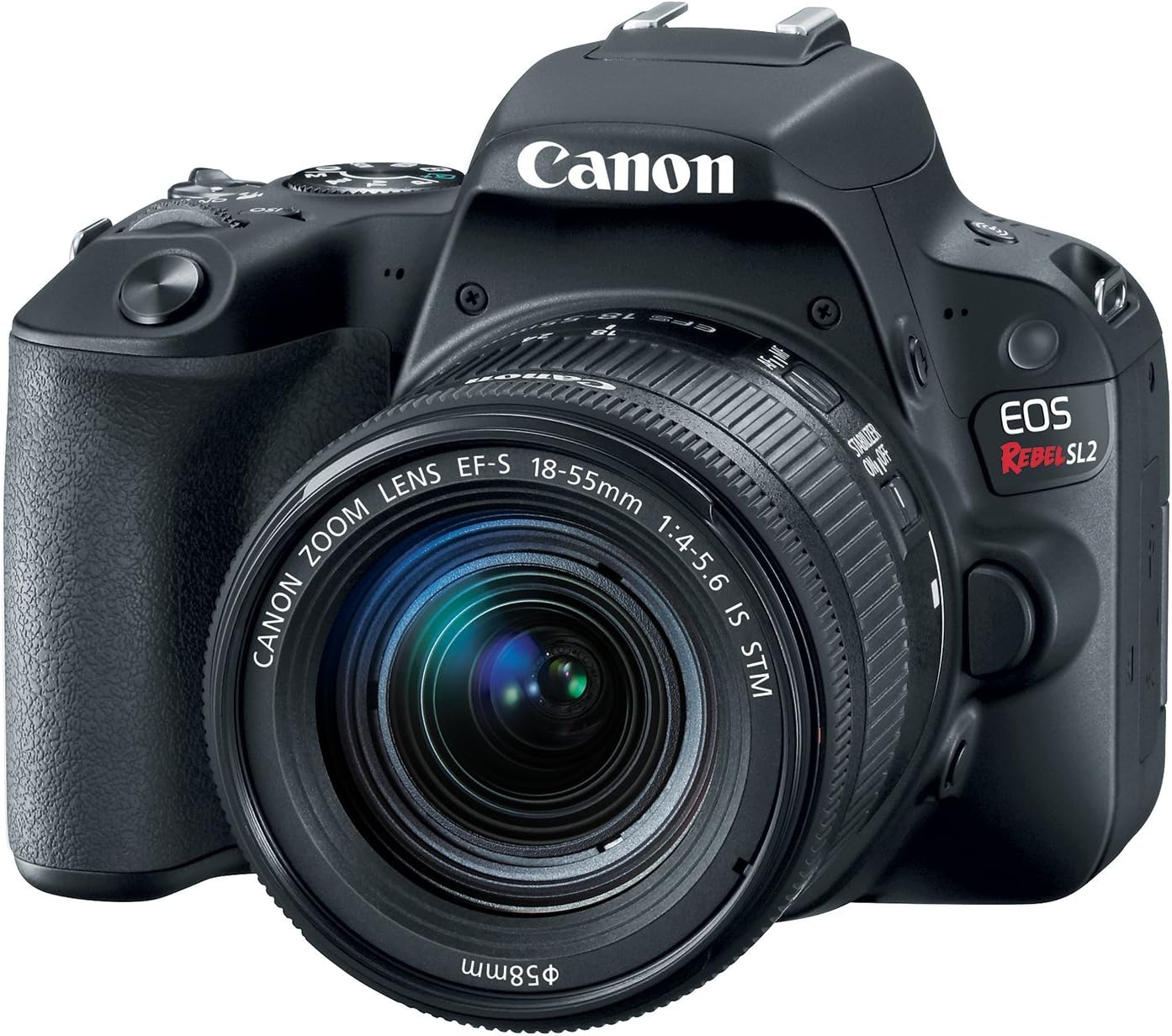 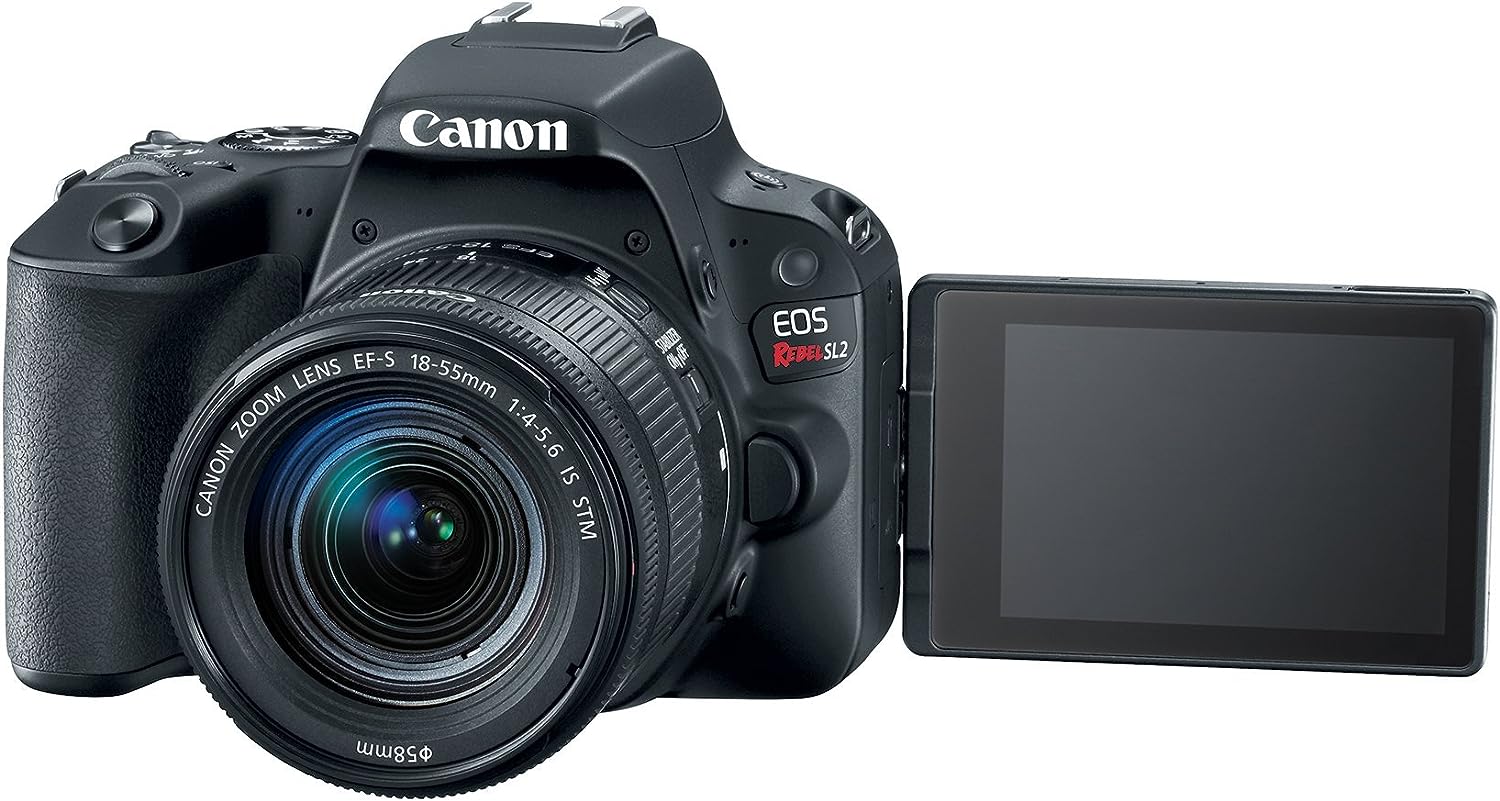 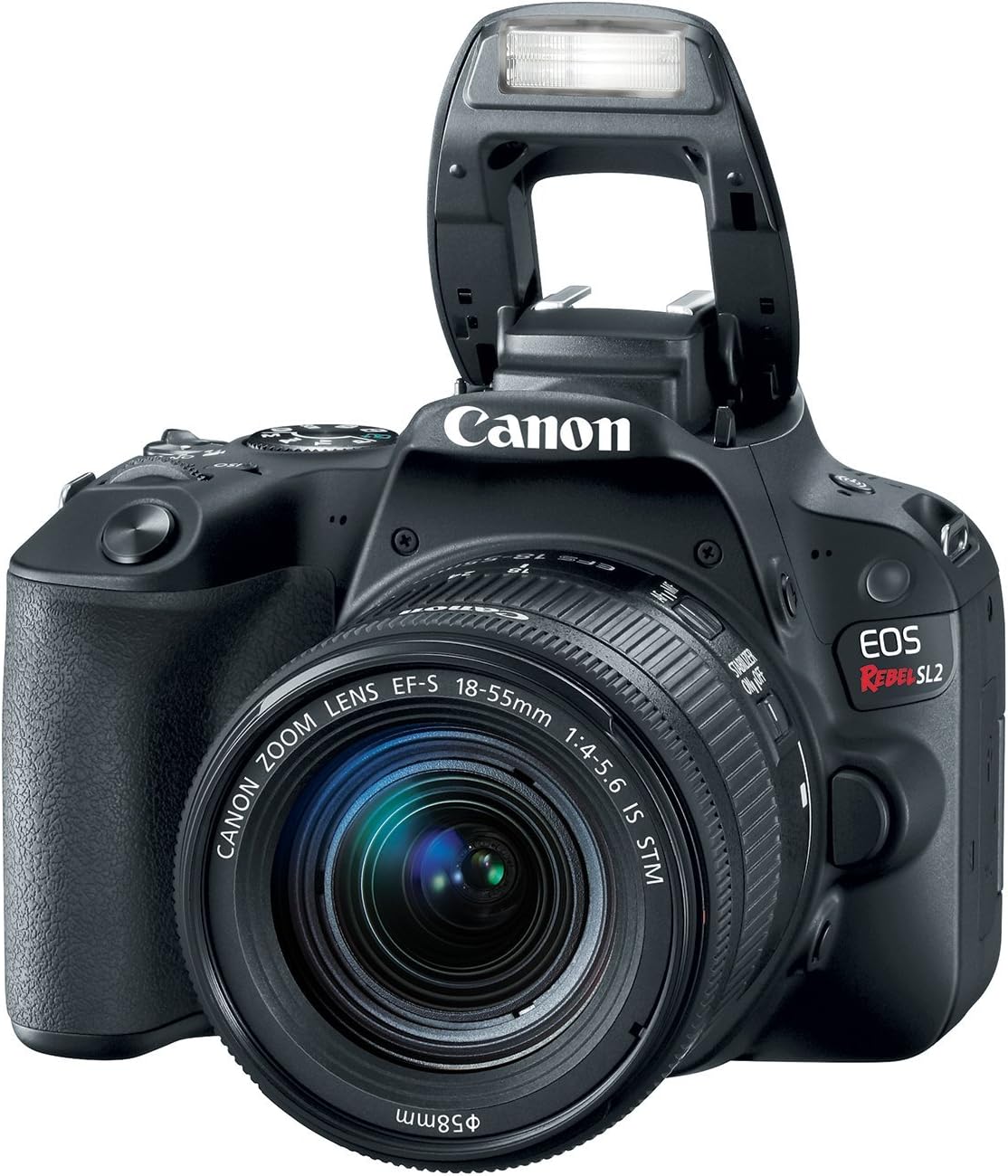 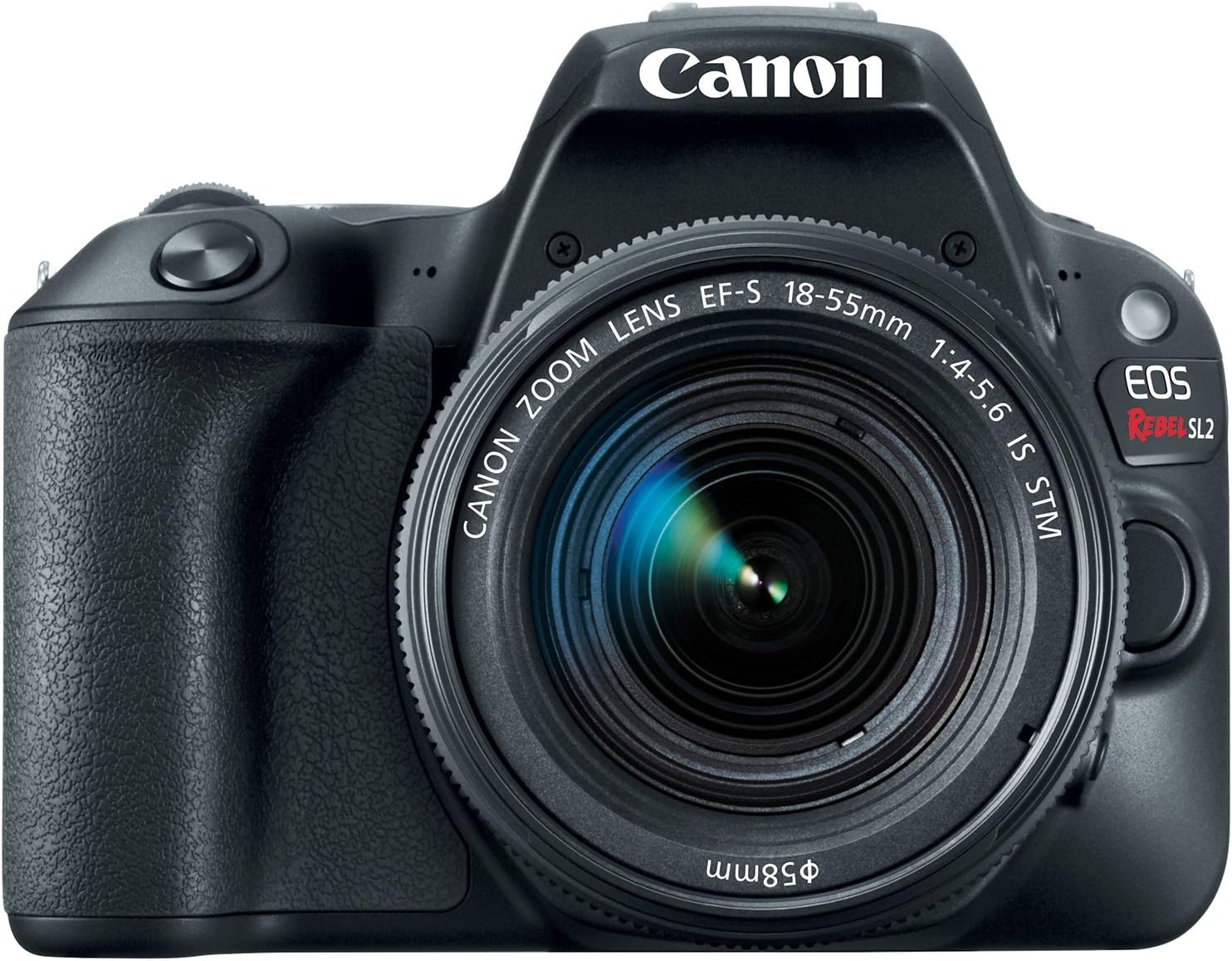 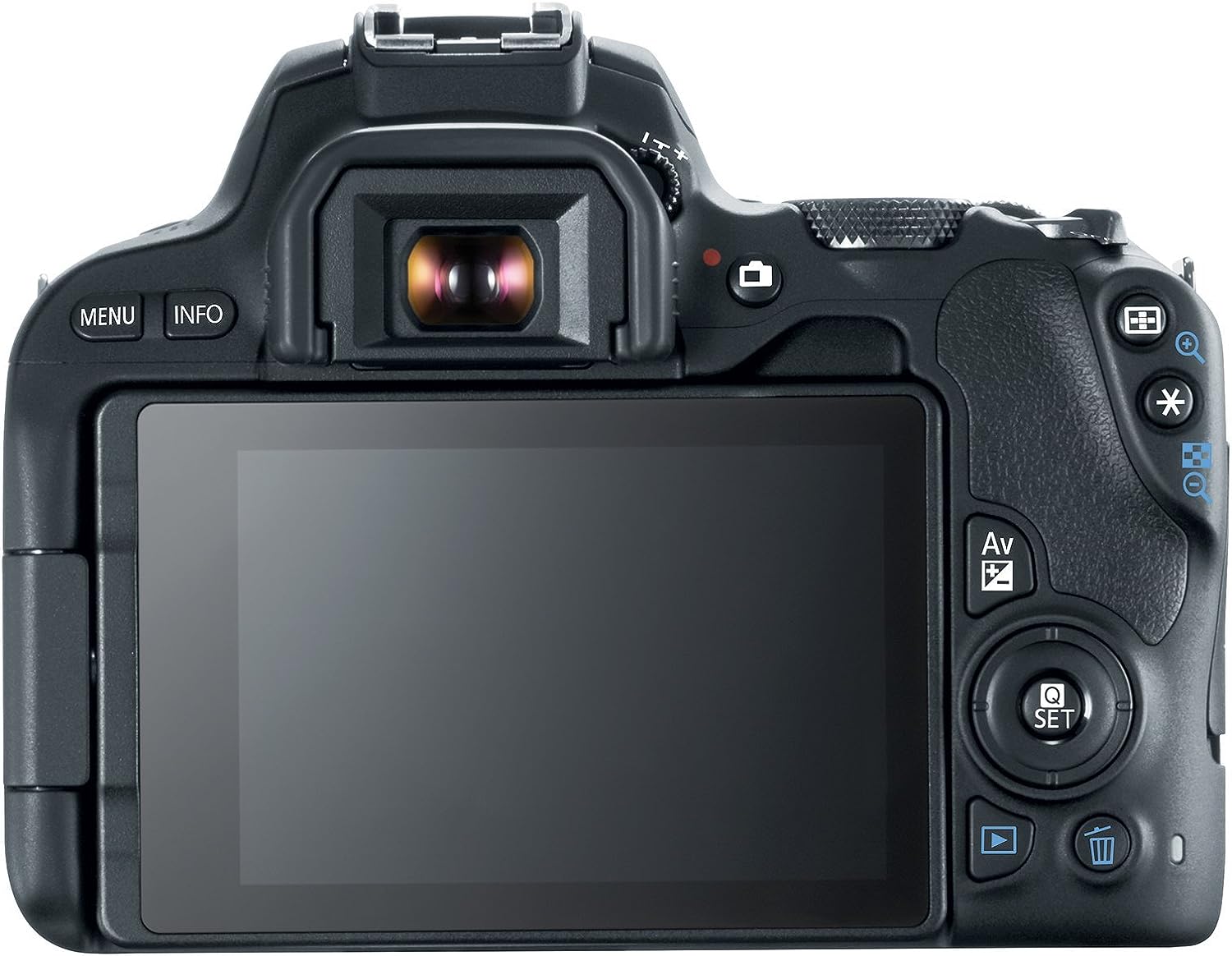 With a compact and lightweight body, the black Canon EOS Rebel SL2 DSLR Camera provides users with a fully-featured system that won’t weigh them down. Packed into the tiny body is a capable 24.2MP APS-C CMOS sensor and a DIGIC 7 Image Processor, both of which work together to create sharp, vivid images at native sensitivities up to ISO 25600 and extended sensitivities up to ISO 51200. Video shooting has received a boost with Full HD 1080p recording possible at up to 60 fps. The SL2 also manages some significant body upgrades, with the main addition being a 3.0″ vari-angle touchscreen LCD for intuitive operation and the ability to work at odd angles with relative ease.
3″ 1.04m-Dot Vari-Angle Touchscreen LCD, DIGIC 7 Image Processor
9-Point AF System; Dual Pixel CMOS AF, Native ISO 25600, Extended to ISO 51200
Built-In Wi-Fi with NFC and Bluetooth, Up to 5 fps Continuous Shooting
Feature Assistant; Microphone Input, EF-S 18-55mm f/4-5.6 IS STM Lens

Added to wishlistRemoved from wishlist 0
$529.99