1,000 Places to See Before You Die (Deluxe Edition): The World as You’ve Never Seen It Before 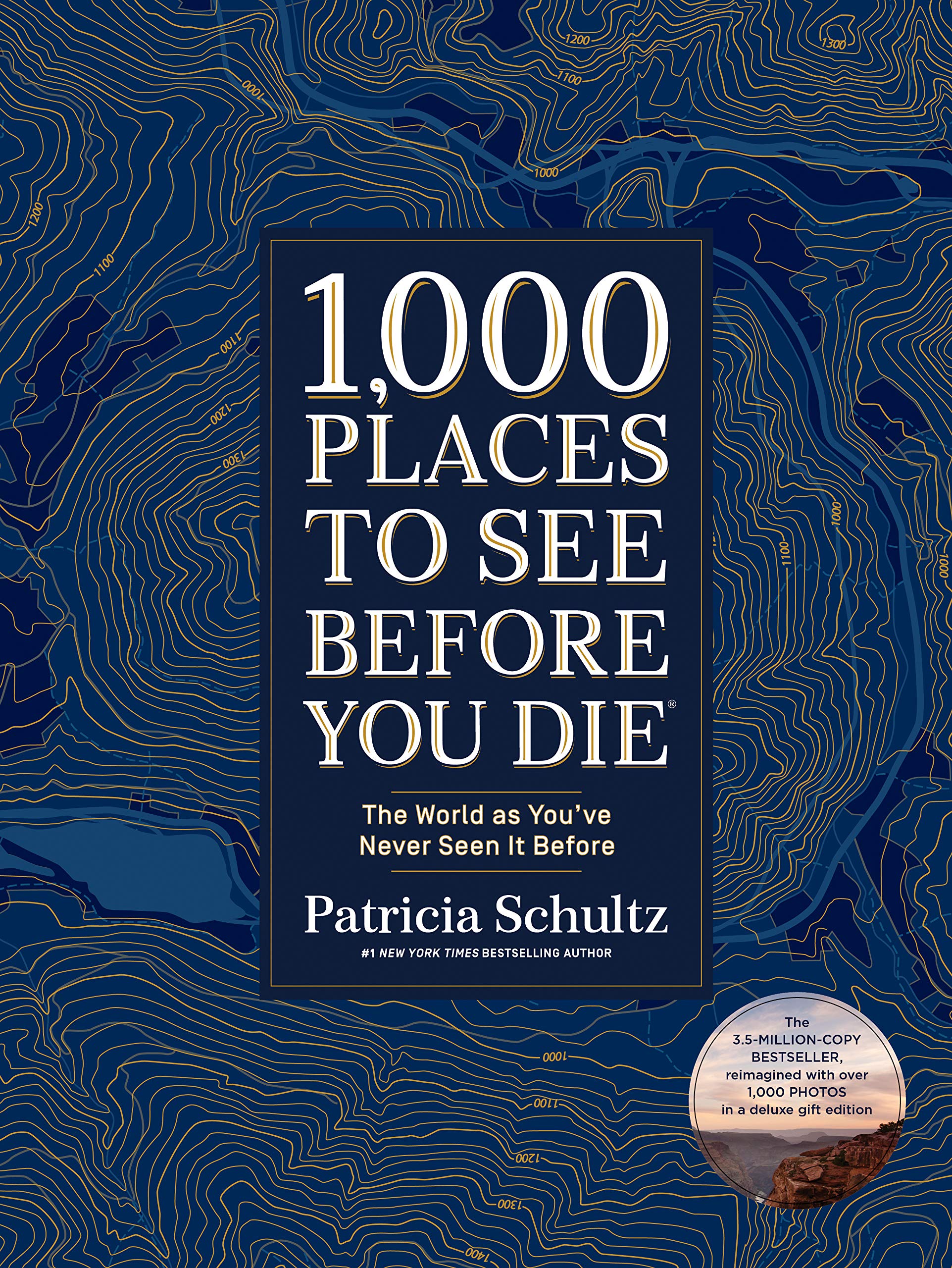 Renowned travel journalist Patricia Schultz reimagines the world’s #1 bestselling travel book as a mesmerizing, photo-driven showcase of the best the world has to offer.

Whether you prefer to experience the world from the comfort of your home or travel so frequently that collecting airline points is a personal passion, you will lose yourself in the lush beauty of these pages. Schultz chose each image specifically to express what it’s like to experience each place, whether hiking along the man-made irrigation channels on the volcanic island of Madeira, relaxing on Mykonos’s Paradise Beach in Greece, or climbing the steep winding track to the “Tiger’s Nest” in Bhutan.

In-depth entries on major cities around the world

From Paris to Istanbul, Los Angeles to Buenos Aires, Schultz leads us through the world’s most famous cities and their many splendors: Explore the Coliseum and the Piazza del Campidoglio in Rome; the Empire State Building and the Statue of Liberty on Ellis Island in New York City; and the San Telmo Antiques Market and the Museo Nacional de Bellas Artes in Buenos Aires, among many awe-inspiring sites.

For those hoping to explore the world’s beaches, there are sandy shores galore. For music lovers, there are festivals and the inside scoop on the local nightlife. History fans and hopeless romantics alike will find enough castles and cathedrals to satisfy their visual thirst. There are, quite literally, hundreds of pages of breathtaking natural wonders, colorful street fairs, stunning landscapes, haunting historical sites, and so much more.

Lush, full-color images sprawl across the pages, bringing “you are there” immediacy to these must-see locations.

Once called the “Pearl of the East,” Ayuthaya was the artistic, spiritual, and military center of Southeast Asia and the capital of Thailand. Thirty-three kings created hundreds of temples and thousands of images of Buddha, which were destroyed by the marauding Burmese in 1767. Rather than rebuilding, the heartbroken king relocated his court to Bangkok, 50 miles downriver, where it remains today.

Must Do // Visit Ayuthaya’s evocative ruins, including Wat Mahathat (pictured) // Check out the former stockade where wild elephants were once kept, now used to rehabilitate them.

The Masai Mara is nature’s stage for the most spectacular wildlife pageant on earth. Every May, hundreds of thousands of wildebeests start to move north from Tanzania’s Serengeti (“endless plains”) to the grasslands of Kenya’s Masai Mara, arriving in July and August. They, as well as migrating herds of zebras, antelopes, and gazelles, make up the more than 1 million animals on the move in the 583-square-mile game reserve. The Mara is also one of the best places to see the continent’s big cats (like cheetahs, pictured) together in one place.

Must Do // Put yourself in the middle of the action via four-wheel drive or above it all in a hot-air balloon // Visit the villages of the Masai, Africa’s most famous tribe.

The fortified island-village of Mont St-Michel ranks among the wonders of the Western world. The ancient abbey and town, on the summit of a dramatic granite outcropping rising from a flat seabed, are a marvel of engineering and sheer audacity. Once a pilgrimage site, an unassailable fortification, and a prison after the French Revolution, it now stands as a tribute to French medieval architecture, connected to the mainland by an elevated bridge.

Must Do // Visit Mont St-Michel off-season—May to June or September to October—to avoid the crush of tourists // Stay overnight after day-trippers are gone.

A Year in Provence

Less (Winner of the Pulitzer Prize): A Novel

Added to wishlistRemoved from wishlist 0
$14.99

1,000 Places to See Before You Die (Deluxe Edition): The World as You’ve Never Seen It Before