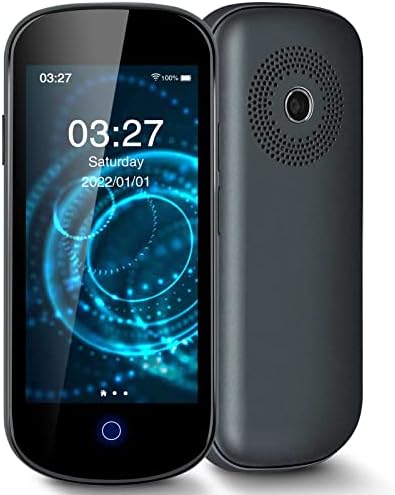 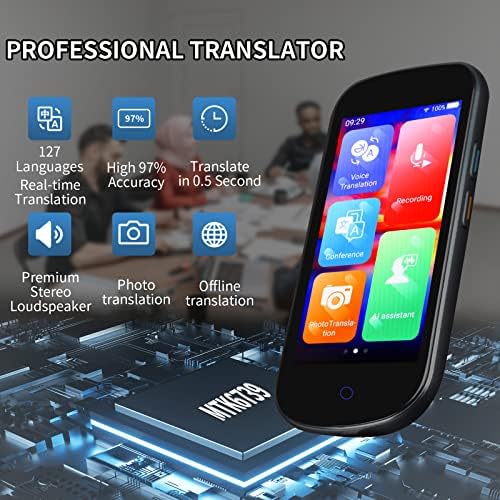 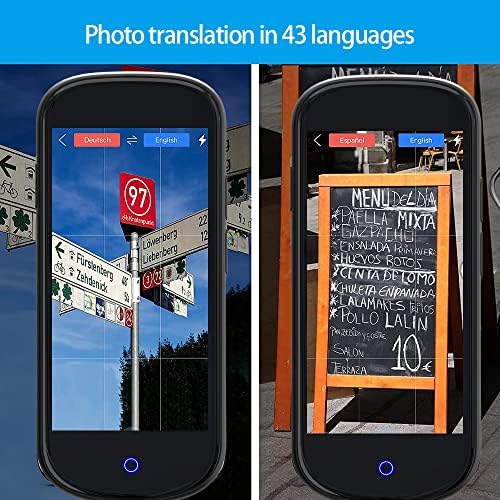 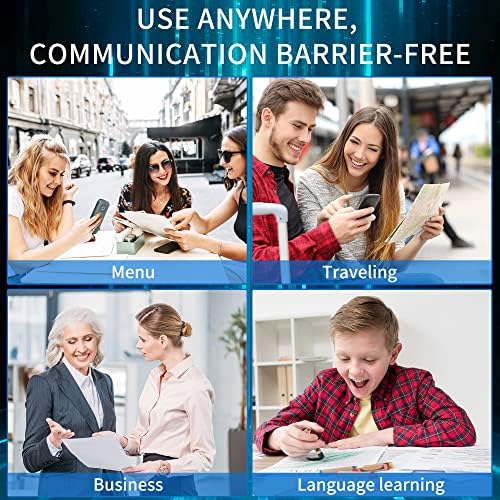 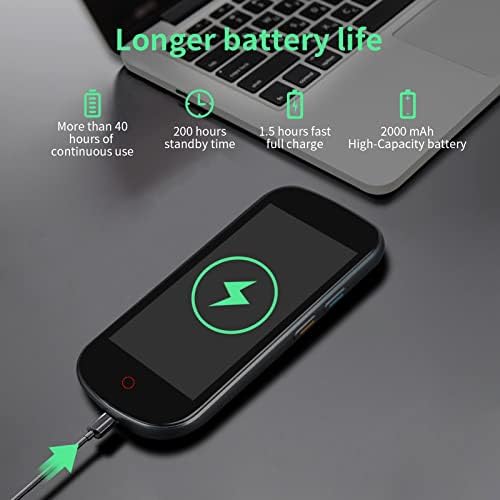 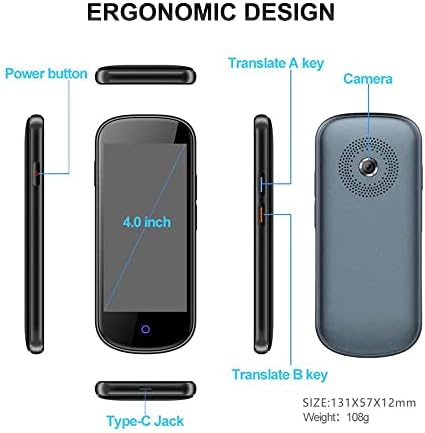 📱【Accurate online translation in 127 languages】 portable translator supports online real-time translation of 127 languages, recording translation supports recording recognition in 3 mainstream languages (Mandarin, Cantonese, English), up to 1 recording time Hours and support for transliteration into 108 kinds of translation texts, language instant translator is a good companion for going abroad, traveling, and making friends
📱【HD image translation】Supports photo translation in 43 languages. The high-definition camera can quickly identify books, magazines, menus, street signs, etc., allowing you to read anytime, anywhere, communicate with people from all over the world without barriers, and narrow the relationship between each other and reduce the sense of distance
📱【Accurate and fast translation in 0.5 seconds】Our translator is equipped with Google, Microsoft, Baidu, HKUST IFLYTEK, NUANCE and other languages and translation engines. The excellent translation engine can achieve rapid response within 0.5 seconds, and the accurate translation rate is as high as 97%, so that you will not make any mistakes during work, study and travel, and improve communication efficiency
📱【Intimate Offline Voice Translation】 When you are in a place without any network, 13 popular offline voices can solve the problem. It can also be connected to WiFi and mobile hotspots, without the need to insert a SIM card, and can be used with Bluetooth headsets.Allows you to have unimpeded conversations with people who speak different languages
📱【Reliable After-Sales Service】When you buy this translator, you can contact us no matter what the problem occurs, and solve your problem within 24 hours. We provide 24 months of return and repair services, so you can buy with confidence