We Don’t Know Ourselves: A Personal History of Modern Ireland 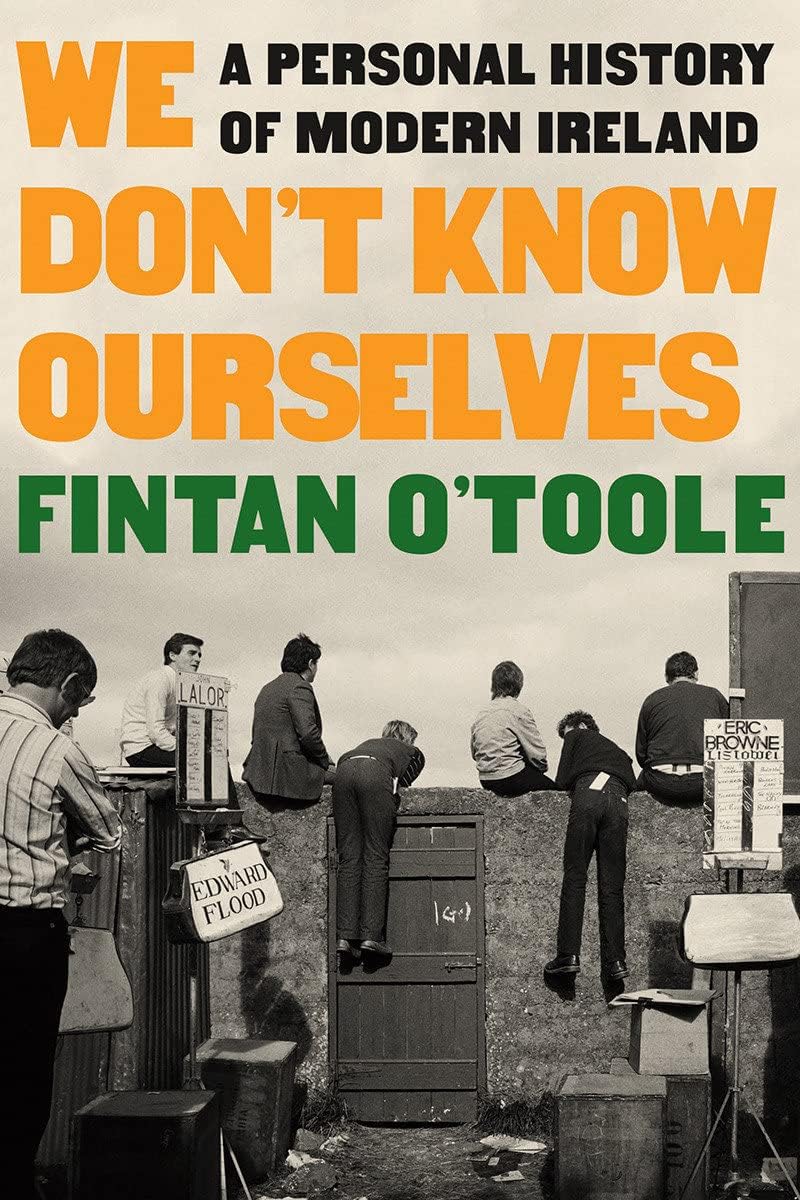 Winner • 2021 An Post Irish Book Award ― Nonfiction Book of the Year • from the judges: “The most remarkable Irish nonfiction book I’ve read in the last 10 years”; “[A] book for the ages.”

A celebrated Irish writer’s magisterial, brilliantly insightful chronicle of the wrenching transformations that dragged his homeland into the modern world.
Fintan O’Toole was born in the year the revolution began. It was 1958, and the Irish government―in despair, because all the young people were leaving―opened the country to foreign investment and popular culture. So began a decades-long, ongoing experiment with Irish national identity. In We Don’t Know Ourselves, O’Toole, one of the Anglophone world’s most consummate stylists, weaves his own experiences into Irish social, cultural, and economic change, showing how Ireland, in just one lifetime, has gone from a reactionary “backwater” to an almost totally open society―perhaps the most astonishing national transformation in modern history.
Born to a working-class family in the Dublin suburbs, O’Toole served as an altar boy and attended a Christian Brothers school, much as his forebears did. He was enthralled by American Westerns suddenly appearing on Irish television, which were not that far from his own experience, given that Ireland’s main export was beef and it was still not unknown for herds of cattle to clatter down Dublin’s streets. Yet the Westerns were a sign of what was to come. O’Toole narrates the once unthinkable collapse of the all-powerful Catholic Church, brought down by scandal and by the activism of ordinary Irish, women in particular. He relates the horrific violence of the Troubles in Northern Ireland, which led most Irish to reject violent nationalism. In O’Toole’s telling, America became a lodestar, from John F. Kennedy’s 1963 visit, when the soon-to-be martyred American president was welcomed as a native son, to the emergence of the Irish technology sector in the late 1990s, driven by American corporations, which set Ireland on the path toward particular disaster during the 2008 financial crisis.
A remarkably compassionate yet exacting observer, O’Toole in coruscating prose captures the peculiar Irish habit of “deliberate unknowing,” which allowed myths of national greatness to persist even as the foundations were crumbling. Forty years in the making, We Don’t Know Ourselves is a landmark work, a memoir and a national history that ultimately reveals how the two modes are entwined for all of us. 16 pages of color illustrations

Think Again: The Power of Knowing What You Don’t Know

Grit: The Power of Passion and Perseverance

The Gifts of Imperfection: Let Go of Who You Think You’re Supposed to Be and Embrace Who You Are

Added to wishlistRemoved from wishlist 0
$12.99

We Don’t Know Ourselves: A Personal History of Modern Ireland