How to Draw Manga Furries: The Complete Guide to Anthropomorphic Fantasy Characters (750 illustrations) 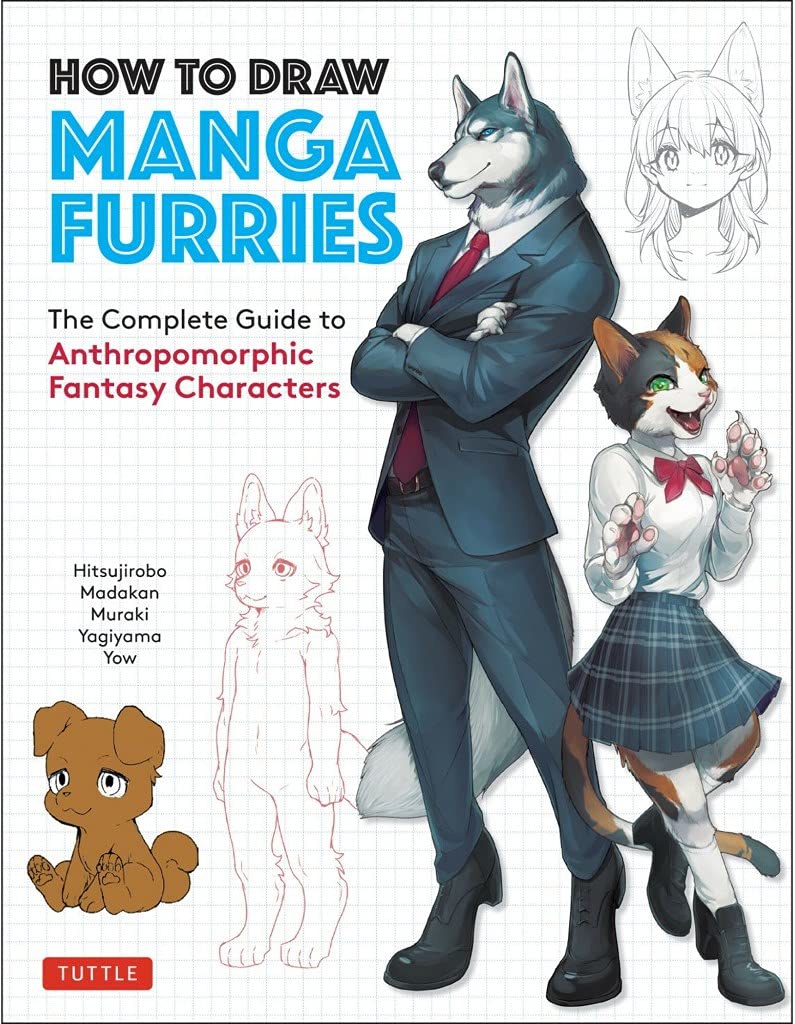 Popular characters in manga and myths, furries are creatures that are half-human & half-animal both in appearance and behavior. The term is derived from the Japanese word for “beast.” While the type of beast can be any animal—mammal, reptiles, or even dragons—all furries share one aspect in common: they’re being seen more and more in pop culture! In How To Draw Manga Furries, the authors delve into the details behind furries and share how origin story, type of furry, habitat, and world building are all important to consider before drawing a character.

Start with Furry Fundamentals, Such As:

Learn How To Draw:

Dive deep into the furry world by sketching finned and sea creatures like dolphins, killer whales, crocodiles, and more!

In How to Draw Manga Furries, there is no limit on the imagination! You’ll learn how to draw bird furries, such as the crow or bald eagle, as well as fantasy characters, such as the Japanese Dragon.

How to Draw Manga Furries starts its readers with lessons on drawing land furries, including a wolf, fox, Siamese cat, tiger, bighorn sheep cows, and more!

Understanding Body Language: How to Decode Nonverbal Communication in Life, Love, and Work

Signs: The Secret Language of the Universe

Added to wishlistRemoved from wishlist 0
$39.15

How to Draw Manga Furries: The Complete Guide to Anthropomorphic Fantasy Characters (750 illustrations)