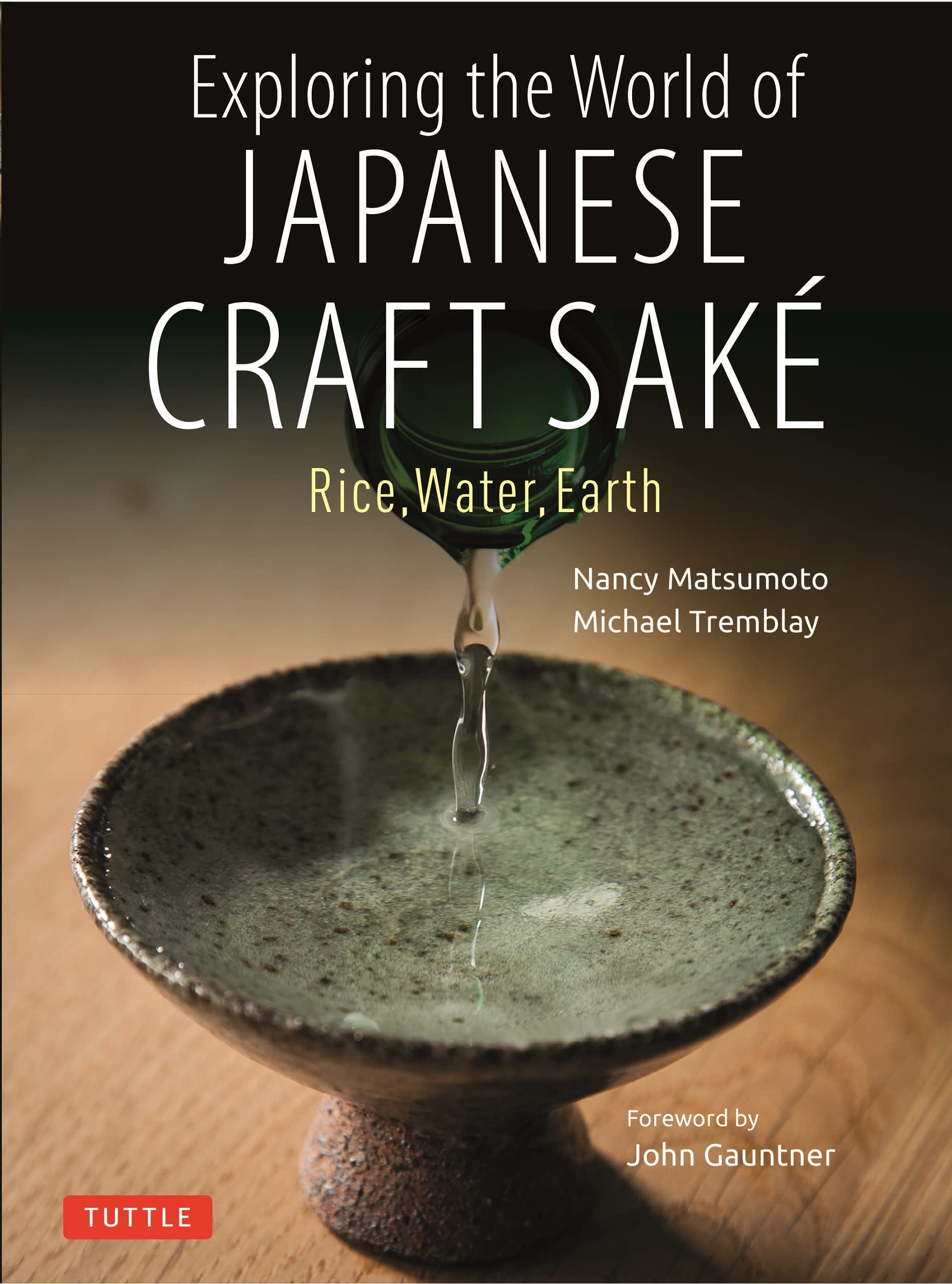 This book is based on two years of research and writing, one sake-brewing year in Japan, and 35 visits to breweries across Japan and North America.

Sake, also known as nihonshu, is an alcoholic beverage made with fermented rice. It’s been made in Japan for about 2,600 years. Sake is so ubiquitous and ingrained in Japanese culture that October 1 is known as Nihonshu no Hi (Sake Day), which marks the first day of sake brewing. Some subjects tackled in this book are:

What is in sake?

Taking readers from paddy to glass, Exploring the World of Japanese Craft Sake dives deep into the three main elements used in sake: grain, water, and yeast. For instance, the authors shares how hard or soft water can affect the freshness, taste, and texture of sake. It also briefly tackles the potential effects of climate change on brewing.

How do you brew sake?

In addition to exploring the varieties of sake and key players in the brewing industry, Exploring the World of Japanese Craft Sake discusses different methods of brewing. For example, the book discusses the kimoto method, which is a yeast-starter method that dates back to the Edo period and is gaining resurgence in popularity.

Where can you find sake?

From the snowy mountains of Hokkaido to the rice paddies of Okayama, Exploring the World of Japanese Craft Sake is an adventurous take on the varieties of sake that exist throughout Japan and their distinct tastes.

What pairs well with sake?

When looking to pair sake with food, many of us may consider serving cooked, raw, or fried fish. However, Exploring the World of Japanese Craft Sake, shows how sake can be paired with many types of food, including cheese, like smoked gouda, meats, like pork lion,and vegetables like braised eggplant.

Toward the end of Exploring the World of Japanese Craft Sake, there is an entire chapter of women in the sake brewing industry. It details how in early Shintoism, shrine maidens (miko) began their rituals by chewing and spitting out rice and letting their body’s own enzymes start the process of fermentation. Yet, during the Edo period (1603–1868), the belief was that menstrual blood made women “unclean.” For this reason, women were barred from sake breweries. That stigma continued throughout the years, and only recently began to change as women are returning to claim their space in the sake brewing world. This text charts that history from the Edo period to present day and interviews some of today’s women that prove to be powerhouses and masters in the craft.

The Whole Language: The Power of Extravagant Tenderness

The Language of Beauty in African Art

Added to wishlistRemoved from wishlist 0
$8.99