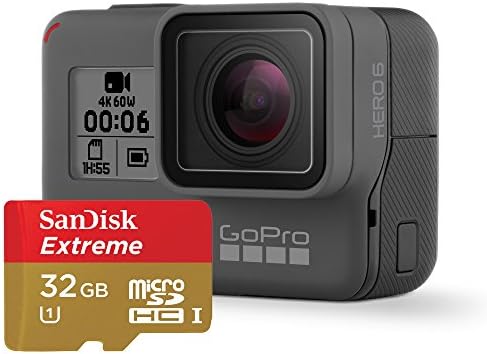 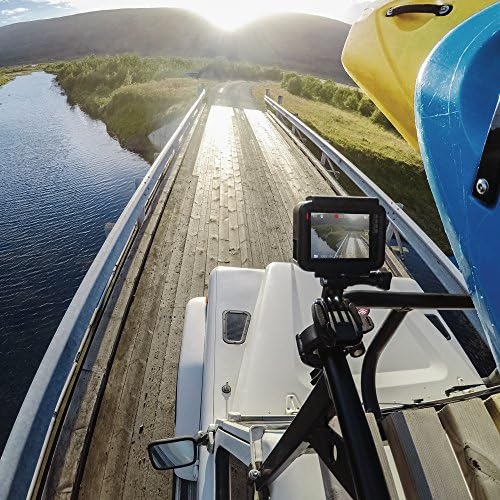 GoPro HERO6 Black Action Camera :: Shoot crisp footage that feels akin to real time playback versus a mere recording that contains too many flaws to feel genuine. With two times the performance of its HERO5 predecessor, HERO6 Black adds superb shutter speeds for enhanced special effects shooting, plus a GP1 processor for matchless image quality. Boasting best-ever stabilization and lightning fast camera-to-smartphone uploads, HERO6 Black comes equipped to shoot it all, then share it to your cloud, smartphone and social media without the editing downtime.
Capture and playback the coolest moments exactly as they happened with what HERO is calling its best stabilization to-date, plus two times the performance at 4k60 and 1080/240 to record life at double the frames per second for smooth footage and unparalleled slow-motion playback
Take 12mp photos; a series of photos at 12mp/30fps; time lapse photos with .5, 1.2, 5, 10, 30 and 60 second intervals; night photos with seven different exposure settings to choose from; and night lapse photos with up to 60 minute intervals
Built-in GPS capabilities capture speed, elevation and other real-time stats, so your footage tells the whole astonishing story and use QuikStories to share an auto-edited rewind of the day, with total customization such as music, titles and more
With the new built-in GP1 processor, image quality looks unbelievably crisp—because it is; added 5GHz Wi-Fi means video and image transfers to your phone happen three times faster than before for seamless sharing
Use up to 12 voice commands without ever hitting a button, so you play action hero and director simultaneously