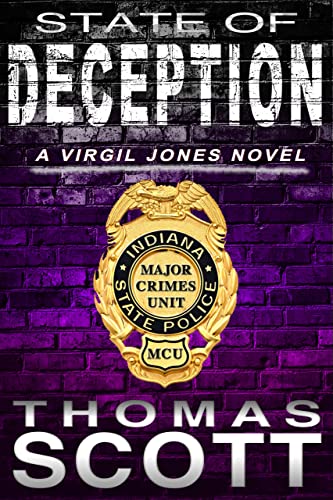 This is what you’ve been searching for:

The deception didn’t happen quickly, like a magician’s trick or a back alley grifter taking down marks with a game of three-card Monte. It developed incrementally over time, the disparate parts so small and segmented no one knew how to fit all the pieces together until it was too late. The answers were all right there…the problem was—someone would later say with ironic hindsight—nobody had bothered to ask the right questions.

When it all became evident what was really happening and they finally did put it together, none of them had any real faith they’d be able to fix it, the hastiness leaving them little chance of success. But it was their only shot and they meant to take it. By then, they simply didn’t have a choice. They were out of time. And the history of it—one buried deep and all but forgotten—had now resurfaced decades later and it remained just short of…unbearable.

Virgil Jones held the Glock with a firm grip, his hands steady, the barrel pointed straight at the other man’s head. He leaned forward, his knees slightly bent, his weight rotated up on the balls of his feet. When he slipped his finger into the trigger guard he asked for forgiveness, though he didn’t know to whom he was speaking, or if they were even listening.

He took a breath, the inhalation something like acid in his lungs, and when he could inhale no more he locked eyes with his best friend and brother, Murton Wheeler. The look on Virgil’s face remained a conveyance of everything that couldn’t be said aloud, a lifetime of memories, brotherly love, their victories, their mistakes, and then, this…