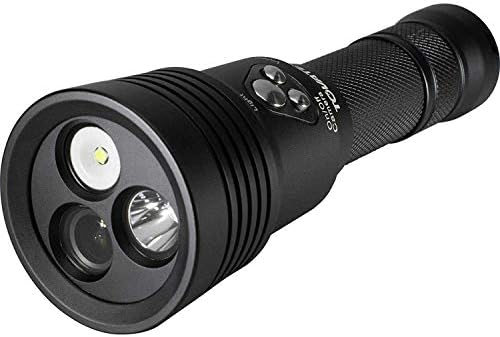 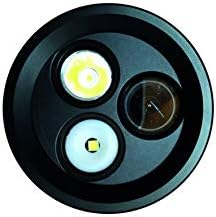 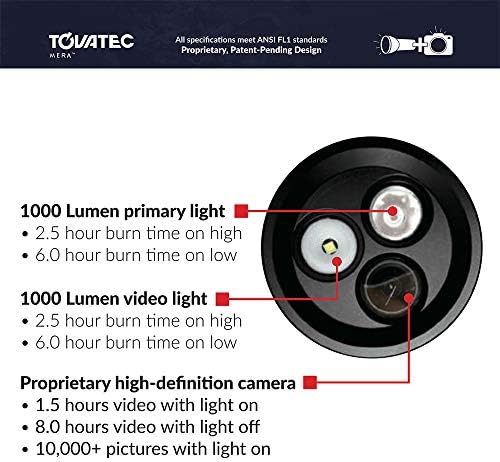 Taking photographs and video underwater can capture a lasting memory. It can also be complicated. Not only do you have to buy camera, light, trays and arms, but those items are bulky, difficult to align, and hard to maneuver around both above and below water. Not to mention that it can be difficult to enjoy a dive with both hands operating a camera. Say goodbye to complications and difficulties Ovate has combined a proprietary, 1080P high-definition camera and light into a single unit. They have engineered the camera and light to work seamlessly to take simple and beautiful photographs and videos underwater. When cruising the Reef, Wreck or Cave use the 1000 lumen primary light that will provide 2.5-Hours of burn time on high or 6-hours on low. When you find an interesting subject switch to the second 1000 lumens video light for filming with the proprietary high-definition camera allowing 1.5-Hours of video or 8-hours without the light. When using camera for snapshots batteries will provide 10, 000+ pictures with light on. All This is achieved with the 3-buttons allowing simple one-handed operation of both lights and camera. Here’s how it works: press button to turn light on/off. Press button to take still photo. Press button to start or stop video. Clear area of switch system glows Blue when camera is turned on, quickly flashes red when picture is taken and has a slow on/off Red glow when recording video. The primary 1000 lumen mode has a beam angle of 12
1000 Lumen primary light 2.5 hour burn time on high 6.0 hour burn time on low
Second 1000 Lumen video light 2.5 hour burn time on high 6.0 hour burn time on low
Proprietary high-definition camera 1.5 hours video with light on 8.0 hours video with light off 10,000+ pictures with light on
3 Buttons allow simple, one-handed operation of both lights and camera
Eliminate Bulky Camera, Arms, Lights and Trays

Added to wishlistRemoved from wishlist 0
$109.89