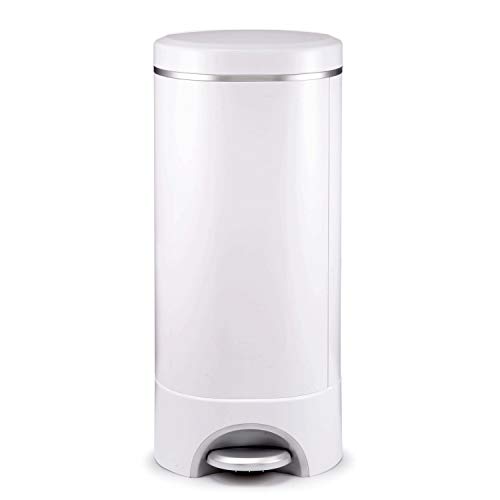 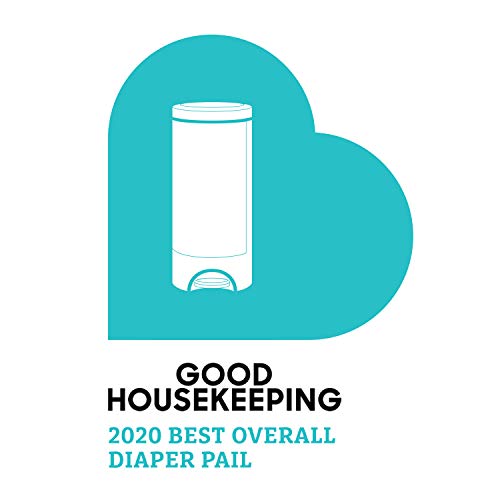 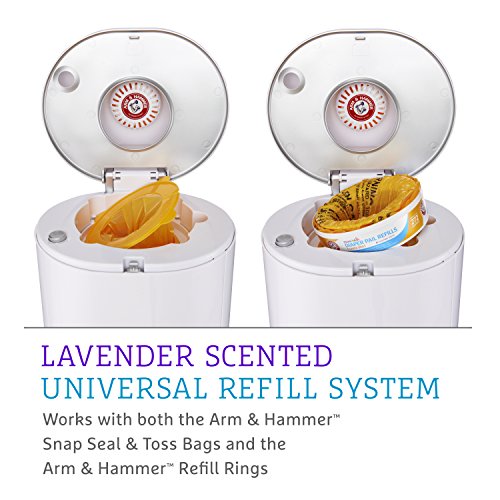 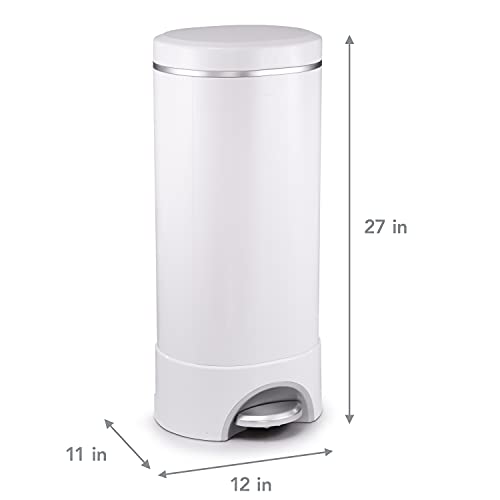 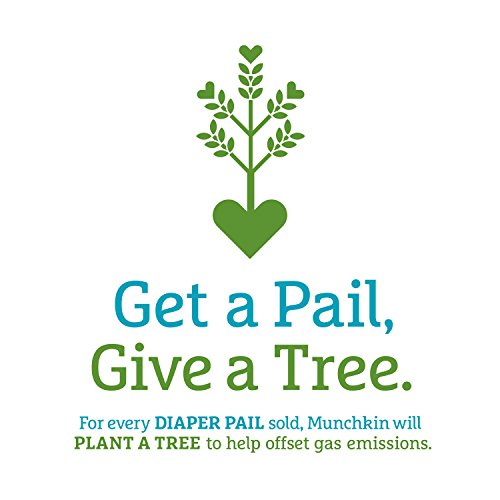 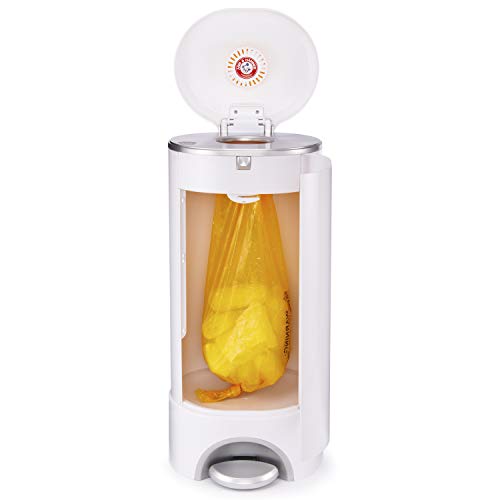 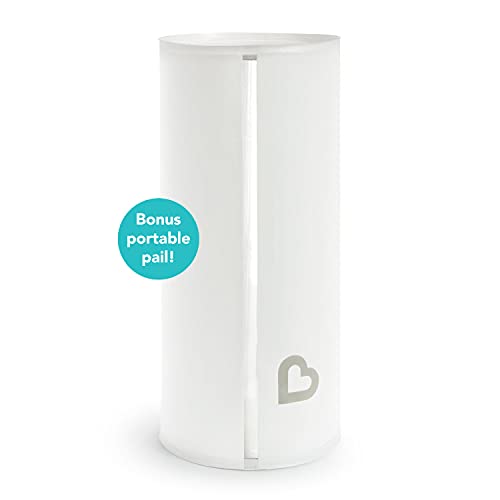 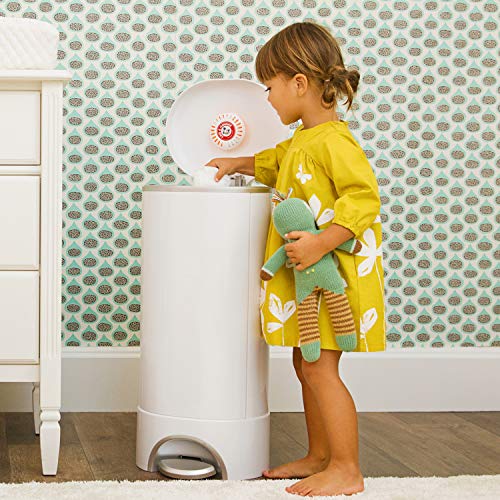 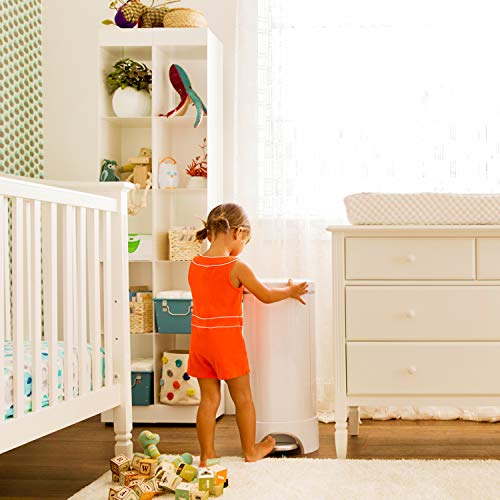 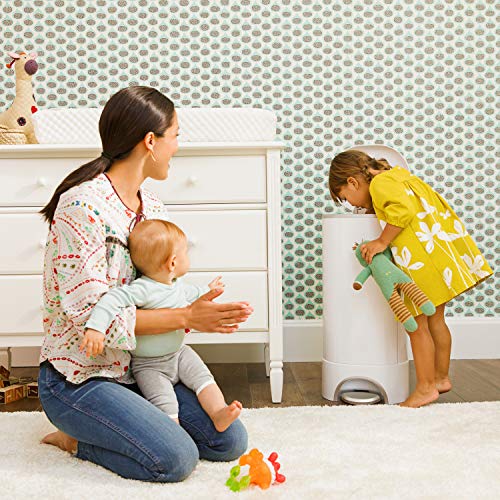 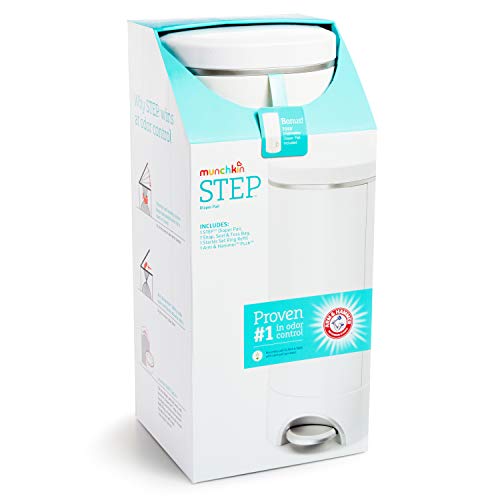 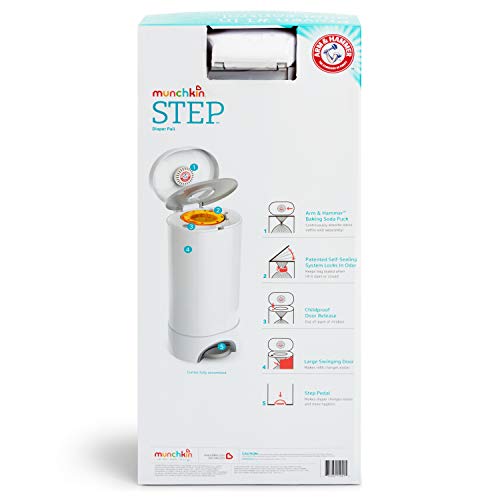 This is the new Gold standard in diaper pails! Step is the only pail that combines best in class odor control with a modern, sleek aesthetic that looks great in any nursery and an easy to use foot pedal. Even better? For every single diaper pail sold, Munchkin will plant a tree. We’re on a mission to reduce gassy emissions both inside and outside the nursery. The Step diaper pail works with both refill rings and snap, seal and toss refill bags, the choice is yours! To lock in the stink, the pail relies on the odor busting duo of lavender scented Arm and Hammer baking soda and patented self-sealing technology, sealing in odors as the lid closes. Lastly, each Step comes with a Munchkin lavender scented Puck, which continuously absorbs odors while the pail is not in use and keeps your nursery smelling sweet (like babies should). Additional refills sold separately. This is the perfect pail, to have in your Home, and also works as a great registry item! Take a deep breath, because the Munchkin Step Diaper Pail has arrived.
Awarded 2020 Best Overall Diaper Pail by the Good Housekeeping Institute
Patented self-sealing system keeps odors contained whether lid is open or closed
The only diaper pail compatible with both Refill Rings and Snap, Seal & Toss Bags
The set contains (1) Step pail, (1) Snap, seal and toss bag, (1) Starter ring refill, (1) Lavender scented baking soda puck and (1) Toss disposable diaper pail
Get a pail, give a tree. For every Step Diaper Pail sold, Munchkin will plant a tree
Measures 27” high x 12” deep; Comes with step pedal to open hands-free

Added to wishlistRemoved from wishlist 0
$49.99